Skip to content
Previous Next
Brookings: Retail Trade as a Path to Neighborhood RevitalizationRick Jacobus2017-07-11T18:15:11+00:00 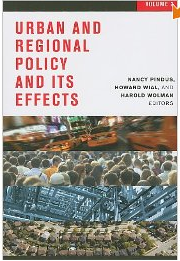 Buy the book on Amazon.com
Download the chapter: Retail Trade as a Path to Neighborhood Revitalization by Karen Chapple and Rick Jacobus 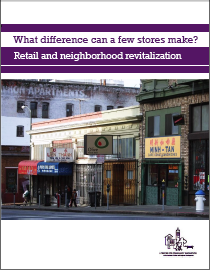 A condensed version of the chapter was also produced by UC Berkeley’s Center for Community Innovation.

From the introduction:
“Retail trade is a highly visible feature in a community, and is often a symbol of economic status. Terms like “upscale retail,” “strip mall,” or “big box store,” convey very different images of retail trade that are widely associated with economic prosperity, or the lack thereof. But, does retail trade really revitalize run down or neglected neighborhoods? And if so, what are the mechanisms at work, the successful strategies, and necessary conditions that lead to success? In “Retail Trade as a Route to Neighborhood Revitalization,” Karen Chapple and Rick Jacobus tackle these questions. They begin by defining the issues and expectations associated with retail development and neighborhood revitalization. The authors state that, from the perspective of residents, there are three types of neighborhood revitalization: more access to services and opportunities for low-income populations; changes from a low-income neighborhood to a mixed income neighborhood (due either to an influx of newcomers or increases in incomes for local residents); and gentrification that gradually replaces existing low-income residents with more affluent newcomers. Using a conceptual model, Chapple and Jacobus describe the relationship between retail development and neighborhood revitalization.

The paper concludes with the suggestion that any large-scale impacts of retail development on community economic health occur indirectly, such as through changes in internal and external perceptions of the neighborhood and, ultimately, changes in neighborhood residential composition. But, the authors note that existing studies of the effectiveness of neighborhood retail development strategies have not explored these broader impacts. Chapple and Jacobus also recommend further research to address how outcomes for the poor are tied to the specific character of neighborhood change. Such research might suggest specific retail development strategies that are most likely to benefit the poor and lead to stable mixed-income communities without contributing to displacement of the poor.”